The Forbidden City is a palace complex in central Beijing, China. The former Chinese imperial palace from the Ming dynasty to the end of the Qing dynasty (the years 1420 to 1912), it now houses the Palace Museum. The Forbidden City served as the home of emperors and their households as well as the ceremonial and political center of Chinese government for almost 500 years.

Constructed from 1406 to 1420, the complex consists of 980 buildings and covers 72 hectares (over 180 acres). The palace exemplifies traditional Chinese palatial architecture,[5] and has influenced cultural and architectural developments in East Asia and elsewhere. The Forbidden City was declared a World Heritage Site in 1987, and is listed by United Nations Education, Science, and Culture Organization (UNESCO) as the largest collection of preserved ancient wooden structures in the world.

Morning ticket - Including Treasure Gallery and Hall of Clocks

Afternoon ticket - Including Treasure Gallery and Hall of Clocks


Tickets information
Stroll around the iconic Forbidden City, home to many Chinese emperors for almost 500 years and now a UNESCO World Heritage Site, without the stress and strict schedules of a tour group to distract you. Purchase your tickets to enjoy the grand sights when best suits you – visit in the morning or the afternoon, at whatever time you want, and follow your own path around the city. 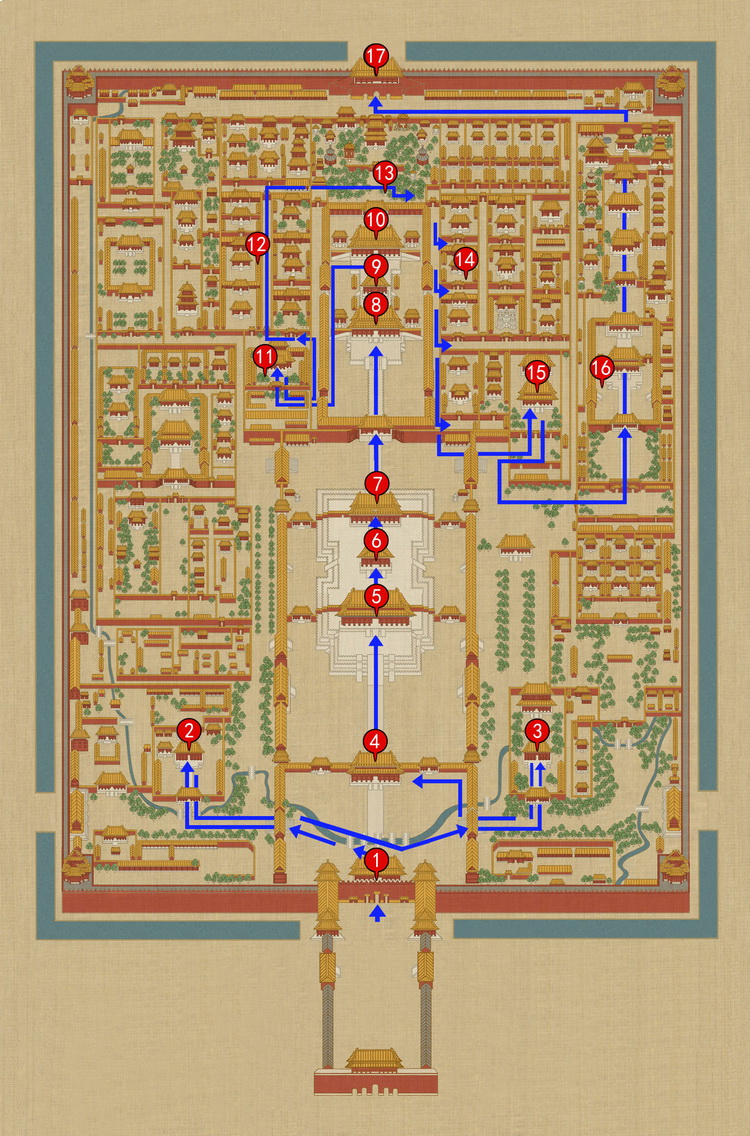